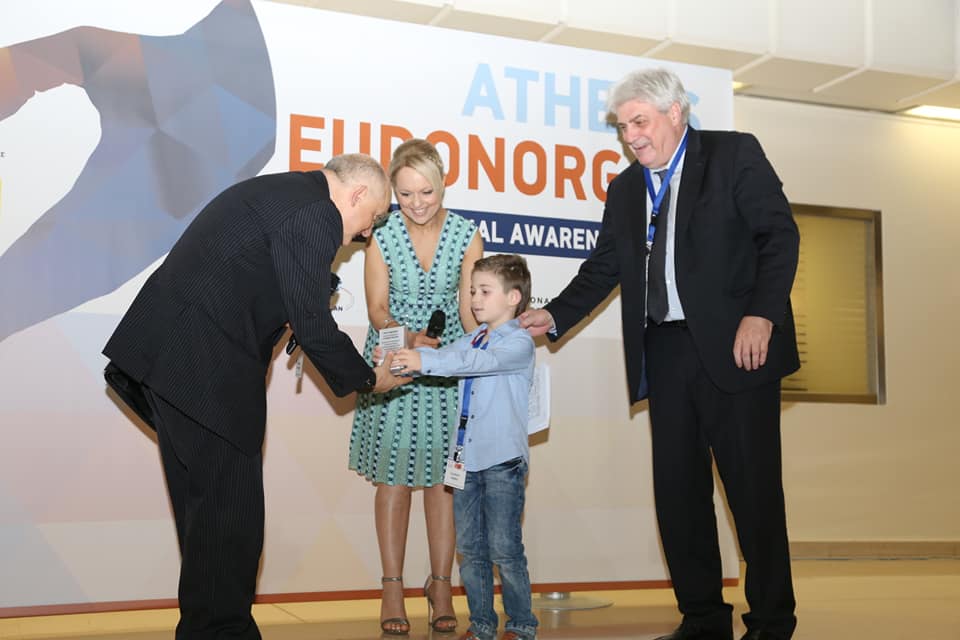 The development of the transplantation system, with the support and establishment of sufficient infrastructures and the strengthening of the citizens’ trust, are the corner stones in Europe for Organ Donation for Transplantation.

The first event, a seminar, was held in the full-of-people “D. Papadimitriou” hall at the Onassis Cardiac Surgery Center. The participants were representatives from 8 countries (Italy, Spain, Croatia, Cyprus, Bulgaria, Kosovo, Republic of North Macedonia and Turkey) and representatives of the World Health Organization (WHO) who presented their experience and vision for the development of operational and effective Organ and Tissue Donation and Transplantation. Opinion and policy makers in the Transplantation field were amongst the public, such as journalist, patients’ associations, volunteers’ associations, medical and nursing staff, representatives of agencies and organizations. The common element of the majority of lectures was the need to develop a transplantation system, by establishing and practically supporting structures and infrastructures (ICU, HTO, Transplantation Units, Onassis National Transplant Center – ONTC) that shall transform the citizens’ offer into a gift of life for the patients. Furthermore, the development of the trust of the citizens and all stakeholders, scientists or not, in transplantation, is equally important as trust is proven to be the corner stone for Organ Donation for transplantation.

The second event “Ambassadors and Bridge of Life” was open to public and was held at OCSC atrium, mediated by ANT1 journalist on health issues, Ms. Fotini Georgiou. The speakers were organ receivers and donors but also scientists who highlighted the greatness of Organ and Tissue Donation, through their personal experience.

Mr. Faidon Karidakis, representative of an organ donor family and founder of the “Bridge of Children – Bridge of Dreams” (Kifisias Avenue, College), talked about the importance of donation for a family and the social offer instincts it activates. Messrs Anastasios and Konstantinos Markouizos (Iaveris) talked about the different “rally” of life they had to participate to fight against renal failure that led to transplantation. Mr. Apostolos Charitonidis, representative of the Renal & Transplant Patients Sports Federation presented the Greek experience and distinctions at the World Transplant Games and the significance of sports before and after transplantation. The Cypriot RIK journalist, Stavros Kyprianou, being both a transplanted patient and also an opinion maker, sent a moving letter to the donor’s family that granted him the right to life after his recent transplantation. Ms. Aggeliki Gouziouta, the OCSC Transplant team cardiologist, described an agonizing air-bridge of life between Greece and Italy for a child patient in Christmas 2016. Mr. Andreas Iliadis, intensivist for children, at the University General Hospital of Patras, presented the complex effort for a heart transplant in young Alexandros, from the moment he was admitted at the ICU up to his discharge from Padua Transplant Center. Holding Alexandros in his arms, he also made a reference to how so many teams (hospitals, ambulance services, air force) in Greece and abroad effectively cooperated, under the coordination of the National Greek and Italian Transplant Organisations so that young Alexandros could return to Greece having won the fight for life.

At the beginning of the event, HTO President, Professor Andreas Karampinis, referred to the importance of cooperation between the European countries in the field of transplantation, both in terms of know-how exchange and helping patients, and the support of the European Commission in the framework of which Eudonorgan event is implemented. “The Eudonorgan message all over Europe is that the world has now embraced Organ Donation. It is high time all health systems and the people participating in them, i.e. physicians, patients, journalists, politicians, everybody, embraced the idea of Donation and promote it as a symbol of transcendence that is not the exception but part of their daily practices.”

The event was addressed by the OCSC President, Professor Dimitrios Niakas, who talked about the 25-year offer by the OCSC in the cardiology sector and the long and successful operation of the unique heart transplantation program in our country but also about the future establishment of the ONTC. “The Onassis Foundation, in close cooperation with the Greek state and the Onassis Cardiac Surgery Center, makes the step for the big change in the transplantation field by building the ONTC, whose corner stone shall be laid down next month.”

The Executive Director and Training Director of the Onassis Foundation, Ms Efi Tsiotsiou, made a reference in her address to the new breath of life that will be granted by the Onassis National Transplant Center: “Transplantation is a word for us corresponding to a vision. The care of the Onassis Foundation is the Onassis National Transplant Center to operate as a catalyst that will breathe a new life to the transplantation sector, motivate the citizens by strengthening the culture of organ donation and – to the extent it befalls to it – to help the existing transplantation units in their daily fight. Furthermore, we also establish the Children’s Onassis Center, the first transplantation unit in Greece, exclusively for children. It is a challenge that all of us will undertake.”

The Minister of Health, Mr. Adnreas Xanthos, wrote in the address he sent:
“Organ transplantation is a national issue that requires social and political consents and the enlisting of all, the State, the Church, the Universities, the scientific world and the social organizations. I think the state should put more emphasis on this case so that it can really become a political priority. The general course we have been applying in the Health sector is related to the universal and equal coverage of the citizens’ health needs through an upgraded public health system and now it must include transplantation.”

The event ended with the honorary award of the former President of the Italian Transplant Organisation, Dr. Alessandro Nanni Costa, pioneer and support of the 15-year cooperation of the Transplant Organizations of the two countries that resulted in saving 252 Greek and Italian patients. The award was presented in an emotionally charged atmosphere by the 8-year-old Alexandros Ioannou who returned from Italy in 2015 with a new and strong heart.

The event ended with a symbolic activity as an expression of gratitude to organ donors at the OCSC courtyard, where the Onassis National Transplant Center shall be built. All participants in the event upon young Alexandros giving the signal, released 200 biodegradable balloons with the first names of the 200 recent organ donors written on donor cards to carry the message of the value of Donation as far as possible. 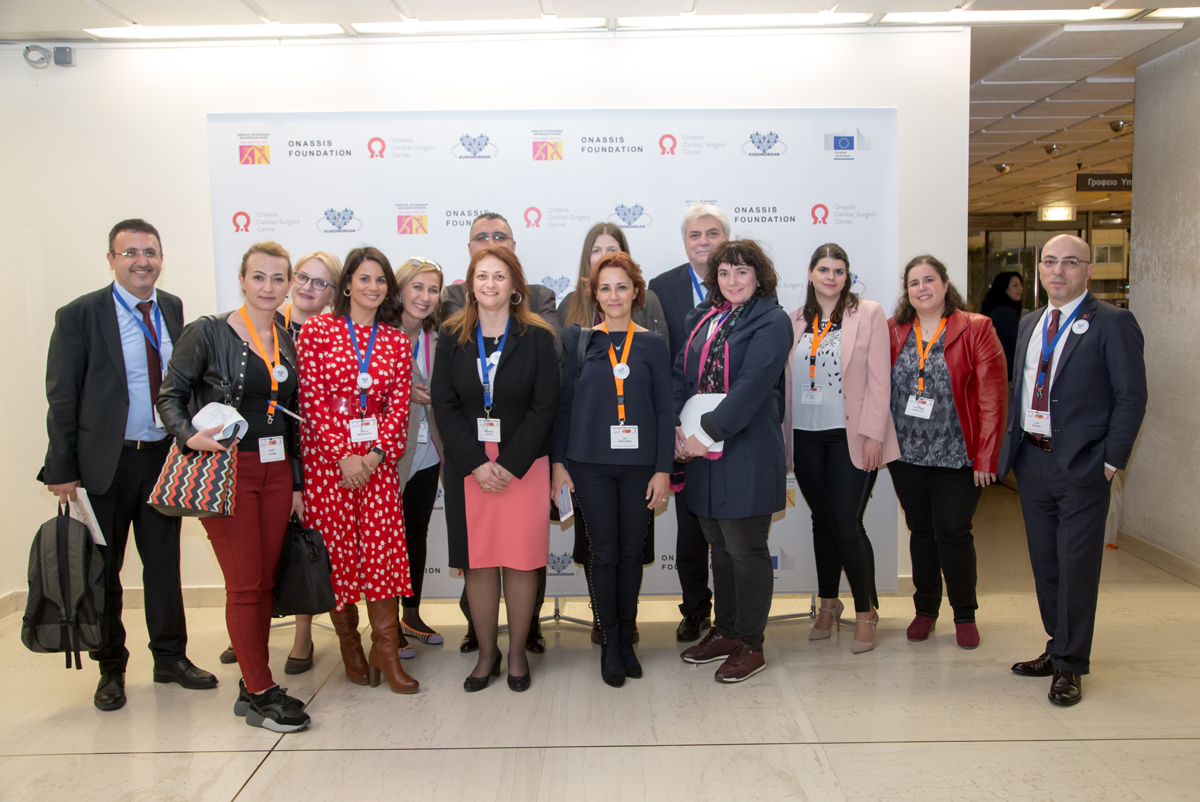 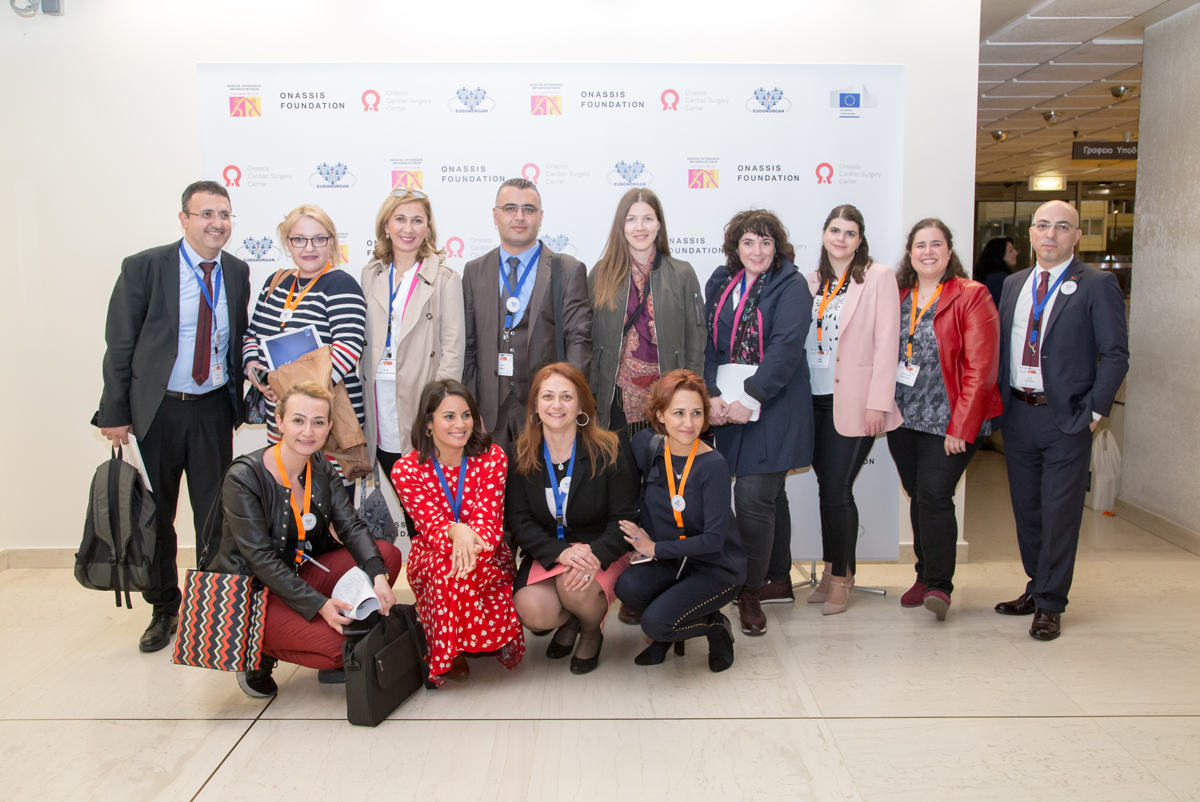 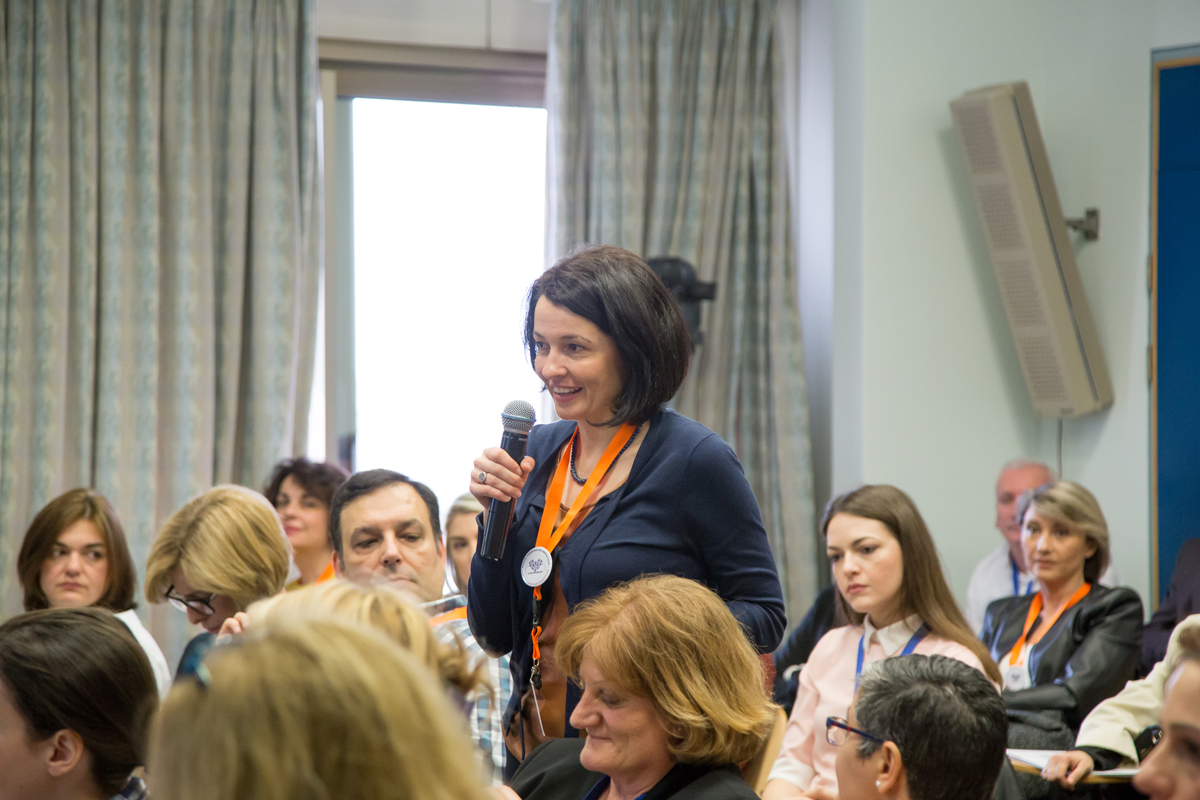 Previous Post
Latest News
Events
We use cookies to ensure that we give you the best experience on our website. If you continue to use this site we will assume that you are happy with it.Ok